There was a life before Home Station Supply.  Also, we get our fingers in matters not directly connected to HSS efforts.  Finally, as most of you, we have opinions.  Home Station Supply encourages the free expression of our folks views and experiences.  From time to time, interesting items will be featured here.

Back when I was somebody, I was pressed into service with a small company (Intercon) that made electrical/electronic cable harness assemblies.  This company was owned by three individuals that together had enough money to purchase it from an over-extended and failed umbrella company.  The three owners were a retired semi-conductor salesman, a real estate guy that specialized in buying distressed properties and flipping them and a silent partner that I never learned where his money came from.  Since none of the above apparently had any manufacturing experience, their purchase quickly got into financial trouble.  The first plant manager was an ex-IBM guy that tried to run it like a corporate giant.  That didn’t work.  The second guy was an immigrant from Northern Ireland that I knew from a previous job (smart guy with a wonderful story).  He brought me in as a manufacturing manager but quickly learned that he was in (at least in his mind) an unwinnable situation and resigned.  By default, I was shoved into the plant manager position and at that time, had no other option than figuring out how to right the ship, so to speak.  That I was successful over a six-month period fixing this company has no real bearing on what I am going to tell you, but if you follow along, you may find it interesting…

One of Intercon’s clients was a firm that provided secure computer equipment to the federal government.  Try as I might, I can’t remember their name, Spectra – something, I think…  As I learned over time and after a lot of research on my part (remember, in the 80’s there was no internet to speak of), computer systems by their nature were natural broadcasting antennas.  This came from the fact that data manipulation, keystrokes and anything else done on a computer was converted into digital logic and handled at radio frequencies.  Those knowledgeable in such things recognized that unshielded computer systems freely broadcasted whatever was being done on them and that broadcast signal could be received by equipment designed for that purpose.  It doesn’t take much imagination to picture a foreign intelligence service operative sitting outside a sensitive US government installation (an embassy or maybe a Secretary of State’s Chappaqua compound) with their receiving equipment listening for tidbits of classified official information.  The old joke was that most of the vehicles parked outside of U.S. embassies were full of Russians with receiving equipment and rabbit ears…  A specification for shielding of all components used in such applications was developed, classified and was given the term ‘Tempest’.

Intercon’s part in this tale was that of a contract manufacturer of the cabling for these computer systems.  Intercon produced several cable harnesses for this client.  One in particular was quite troublesome due to the high reject rate by the client.  The actual Tempest specification was classified and unavailable to us so we simply followed the client supplied bill of material (BOM) and their procedure for manufacture.  This particular cable harness was made up of a multi-conductor cable (many individually insulated twisted pair wires bundled together first in an aluminized mylar foil wrapping and then in a braided shield designed to contain the radio frequency signal sent through it and finally in an exterior PVC jacket.  Both ends of this cable were terminated in D subminiature connectors (D-Subs). 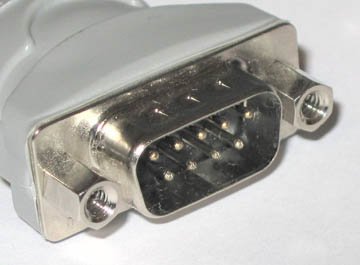 The cable ends were insert injection molded with a 90 Durometer PVC material to hold the individual wires in place.  A copper foil shield was wrapped over this molded end, soldered to the braided shield on the cable end and soldered to the D-Sub’s back shell with the purpose of signal containment.  Finally, a softer durometer PVC was over molded covering the cable end, the foil shield and the D-Sub’s back shell.  The cable end had an integral strain relief and the over mold’s exterior had our client’s company name molded in.  The final product looked like any other computer cable of this type, but with a high degree of signal containment such to prevent any unwanted snooping.

Intercon’s problem, and mine by default was the high reject rate with no way to determine what caused the failure.  Understanding, (kind of) the purpose of this cable harness led me to question the client’s choice of components.  D-Subs are made by several methods from the rather inexpensive to otherworldly in cost.  The cheapest are simply a plastic front shell with the pins or sockets molded in place and no back shell.  A few steps up and you have a formed sheet metal front shell crimped to a formed metal back shell.  This was what we were required to use.  At the high end, the front shell and back shell are one piece usually investment cast and with a hermetically sealed pin or socket insulation/placement arrangement.  My suspicion was that the crimped front shell/back shell affair allowed a passageway for stray radio frequency (RF) signals to escape the cable harness ends.  The crimping process left a tiny gap and maybe that was all it took…  Electricity through a wire can be compared to water through a pipe.  For every electrical component, there is a plumbing equivalent.  Valves are the same as resistors; check valves are the same as diodes and so on…  This cable was just a ‘leaky pipe’…  After many dead ends caused by us being uncleared for the actual specification, I in desperation contacted a DC beltway contractor cleared for this stuff to analyze the design shortcomings.  This company’s name was Atlantic Research and they had a copper clad room designed to completely shield its interior from any, and I mean ANY external RF interference.  I shipped a number of these cable harnesses to Atlantic Research for their analysis.  Inside their copper room, the cable harnesses were connected to a signal generator.  Various frequency signals were transmitted through the assembly and sensors were positioned to determine if and where the signal escaped.  They couldn’t tell me the exact design shortcomings due to our uncleared status, but they wrote a report that did implicate the D-Sub as the leaky source of the broadcast signal.  Expensive as it was, this report allowed Intercon to recover a boatload of money due to the client’s insufficient design.  Intercon’s client I suspect, intended to hide behind Tempest’s classification status rather than admitting fault and revising the design.  Once this product was corrected, rejects went away and we were one step closer to profitability.

I tell this tale because at the time of my involvement, all government computer systems handling sensitive data were required to be Tempest rated.  Employment of this security measure makes perfect sense to those diligent in the protection of sensitive data entrusted to them.  This specification was not available to anyone outside of government, or maybe NATO due to its classification.  I suspect SecState Hillary Clinton's private server likely did not have this level of security because of its commercial sourcing.  If it did, media supportive of her would have reported this if only because of its sexy name.  While today's hacking methods are much more sophisticated, old school stuff surely still exists.  I'm just sayin'...